Say No to Tobacco Products this World No Tobacco Day!

Many youngsters get fascinated by the sight of an actor smoking a fancy cigar and imbibe the style of their all-time favorite artist. They have no idea, just from one, how it becomes an addiction. How are people giving in to this deadly addiction? It is not just about a cigar; it’s about many other forms wherein Tobacco is used. Many non-smokers and passive smokers get affected, above and beyond the active smokers. Let’s understand a bit more about this severe cause of concern.

Tobacco is a product of nicotiana plants, originated in America. In 1559, this recreational drug was introduced, and subsequently, its popularity grew by leaps and bound to other parts of the world. Innumerable people around the world are addicted to its one or the other form. Be it be cigarettes, cigars, bidis, kreteks (cigarettes containing Tobacco with herbs or spices), pipes, water pipes, snuff, snus (a moist version of snuff), creamy snuff, or gutkha (chewing Tobacco); all these are made using Tobacco.

Why is Tobacco use dangerous?

Across the world, Tobacco use is the most significant preventable cause of death and disease. Every year, more than 7 million people around the world lost their lives due to tobacco use, according to WHO. And unless anti-tobacco actions are increased, the figure is expected to rise. In the 20th century, the chances of many illnesses, including heart attacks, strokes, lung disease, Chronic Obstructive Pulmonary Disease (COPD), emphysema, and many types of cancer, had been amplified by tobacco use, and it is confirmed by medical research.

How World No Tobacco Day came into existence?

Initiated in the year 1989, World No Tobacco Day is observed on the 31st  of May every year to highlight the health risks associated with tobacco use. The World Health Organization lends a helping hand to governments worldwide to introduce measures for protecting people from the hazards of tobacco use. Because of its widespread usage and to make people aware of its deadly consequences, the WHO encouraged people to observe 24-hour abstinence from all forms of tobacco consumption throughout the world.

To join the movement started by the WHO, World No Tobacco Day is observed by people, non-governmental organizations, and governments, who work on programs and activities to draw attention to the health problems caused by tobacco use.

Together we can say goodbye to Tobacco!

Let the WHO, NGOs, and governments to their work! Being a responsible human being, you must understand the ghastly outcome of giving in to this addiction. If you’re into any of the Tobacco mentioned above products, try to give up on its addiction slowly and steadily. You may require medical or professional assistance, but you can quit for sure. And if you’re not addicted to such things, it’s just great. So spread that excellent vibe, be a harbinger of good health, and help people who are addicted to Tobacco by guiding them and making them aware of its deadly results. Say no to Tobacco and make this world a better place to live in! 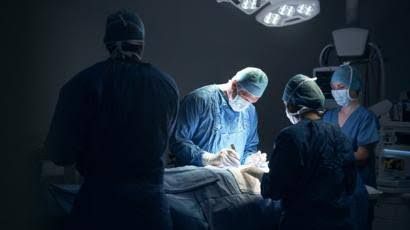